So far my time here in the Yosemite area has been amazing. On my days off I am trying to hunt down spots not normally visited by the average tourist. So that the images that I am capturing are a bit different from the rest. Not sure if I am accomplishing this but I am trying. Often people try to achieve incremental improvements rather than different. Better is good but different is better, I think anyways.

Here are a few…well maybe a little more than a few images, that I have been able to capture thus far while being here. I hope you enjoy them, because I enjoyed creating them for you.

While hiking to the Tuolumne Grove of Giant Sequoia, I came across this beauty.

I captured this image while hiking along the middle fork of the Tuolumne River.

While hiking to Mirror Lake created this image of Half Dome, it was a good day.

While hiking along the Wapoma Falls Trail I captured this photo.

I was hiking up the Old Stage Coach trail on the north side of Yosemite Valley, when around 6:20 in the evening this rainbow started to crawl up the falls as the sun got lower in the sky. 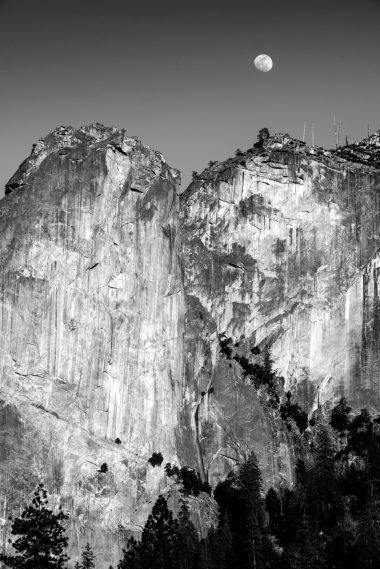 Just to the right of Bridalveil falls there are these granite walls, one late afternoon I caught the moon nested just above.

I was a few days too late to capture the dogwoods in full bloom, however I still like the composition of the photo. With the energy of the Merced river rushing by behind the Dogwood. 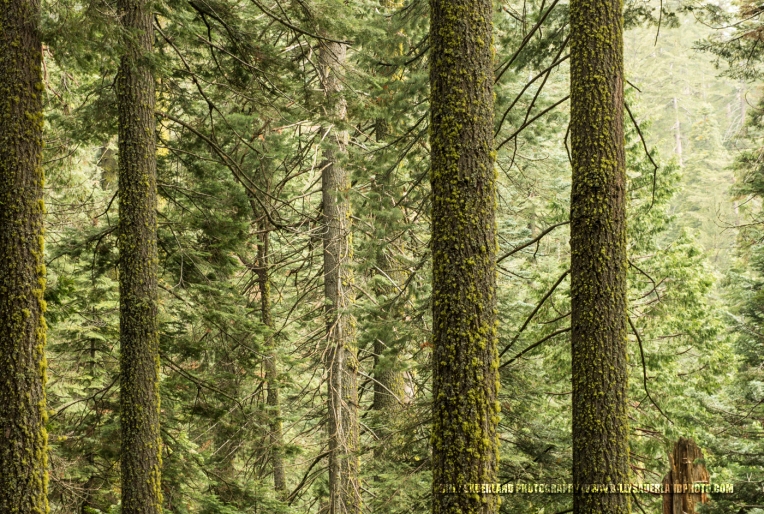 This scene was along the hike to the Tuolumne Grove of Giant Sequoia in Yosemite National Park.

I edited these all of these images pretty much the same with the exception of the black and white photos, and even those I only really modified the exposure, contrast and massaged the levels a bit. There where a three images where I had to go back in and remove some debris that had gotten between the filter and the lens. So by making the selective edits I was attempting to bring the image as close as possible to what I saw at the time I captured the image, of course with the exception of the Black and White images. Then there is the lost image in the gallery. I had previously released this image as a wallpaper a week or so ago for the April Free wallpaper. But I thought it was appropriate to include it here as well because it was also created during my time here so far.

In the future I think I am going to focus on the more intimate image similar to the Dogwood over Merced, Stones Adrift as well as Half Dome at Noon photos. Because without the many details there is no larger whole, and I fill it is so important to pay attention to the details so they don’t get lost in the chaos. Or something like that. I think the Carmel Phap, I am drinking is finally having an affect on me, I haven’t had one of these things in a long time. All I can say is, mmmmmmgoooood!

2 thoughts on “Just a few…well maybe a little more.”