On August 18th 2017 there was an Anti-Hate rally in Tulsa, OK. That Friday at 5 in the evening people rallied on the doorstep of City Hall. Some with signs, some with something to say and some to stand, to be present and counted with our brothers and sisters in our community against hate and divisive rhetoric.

There were speakers that spoke about the reason we were there, and why it was so important to stand.

There was a speaker, a teacher, that brought up the basic science, and how there really are no differences between us.

There were speakers that brought up personal accounts of the past, and how its so important not to return there, that we must always move forward towards a better tomorrow.

There were speakers that gave motivations to get involved and how and where to connect yourself with an organization.

After sometime, some speeches and calls to action there was a march across the tracks, not only the proverbial kind but literal as well. 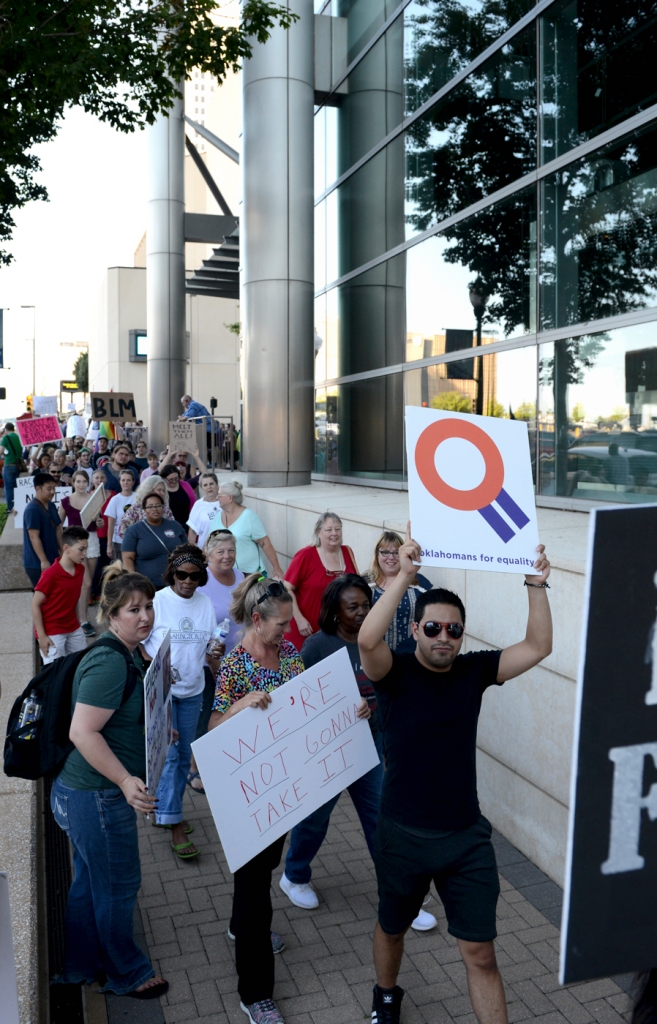 The line of marchers stretched back from Archer all the way up and across the bridge to City Hall. 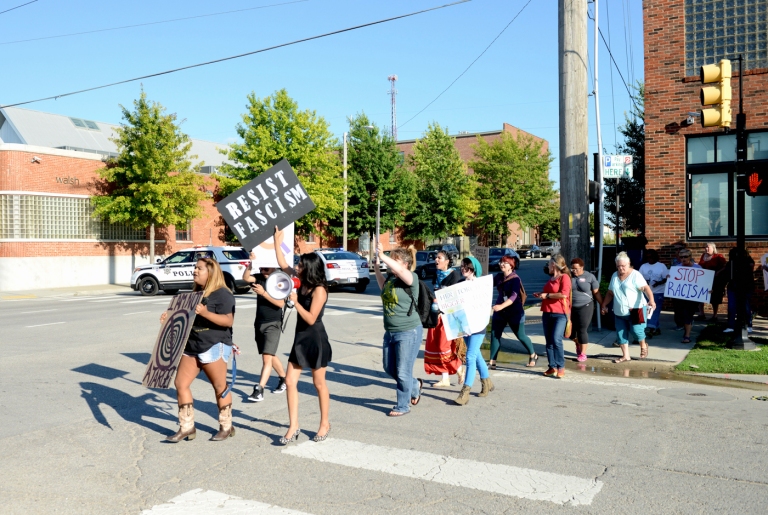 We marched to Reconciliation Park, we passed people eating at restaurants and attended the game at Drillers Stadium.

Some speaking about more immediate and local issues, like the food desert that North Tulsa has become. “A food desert is an area, especially one with low-income residents, that has limited access to affordable and nutritious food. In contrast, an area with supermarkets is termed a food oasis.” 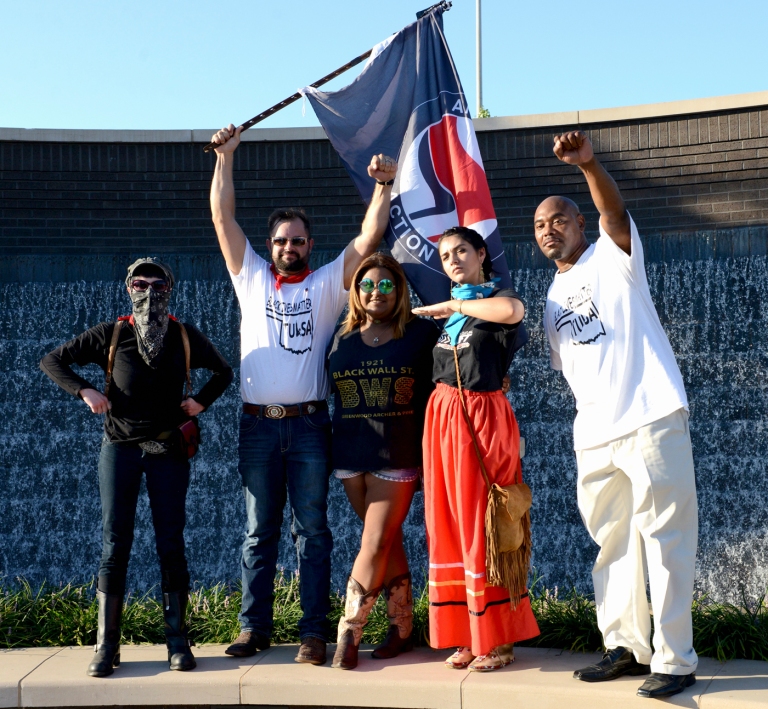 These are some of the things that happened on the evening of August 18th in Tulsa. People stood and spoke for what they believe, and how they want their, our community to be. How it use to be and that we cannot go back. We all must stand against hate and violence, and doing it together is the only way we can make it a reality.